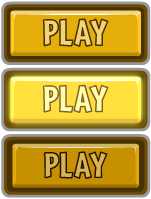 In IceCream Machine, Adee the Chia has been eating way too much ice cream! No matter the time of day, their special meal will always be ice cream! Well, it just so happens that after eating so much, they have been getting some pretty strange dreams! This game is Adee trying to dodge killer scoops of ice cream. What a dream!

Since this is a site feature that gives out neopoint rewards and prizes, you may not play IceCream Machine on your side accounts. For more information look at our side accounts guide.

How to Play
You can control Adee the Chia by using your mouse. Move Adee all over the game screen to dodge the killer scoops of ice cream that shoot down from the top. (The original IceCream Machine game shot ice cream up from the bottom.) There are a series of levels to overcome, and each level has an increased number of ice cream scoops to dodge. You have a total of three (3) lives.


Levels
There are a total number of 13 levels that range through a variety of ice cream flavors. Each level has the number of scoops that you need to dodge, and in turn, earns you a basic set number of points at end of level. Set number of points to level can differ dependent on how many bonus scoops you've grabbed.


Ice Cream Scoops
Bonus Scoops
While each level has their own respective scoops, there are a total of three different ice cream scoops that give +10 bonus points that can be found randomly in any of the 13 levels. To earn the extra points, be sure to dodge these scoops. There is also a chance to earn +5 (making it +15) more points if more than one bonus scoops are dodged at the same time.

The effects of the power-ups can be stacked. For example, if you keep getting the Decrease power-up (decreases the speed of the ice cream scoops) the scoops will get slower and slower-- the effects stacking on each other. The same can go for the Increase power-up.

The effects of the power-ups can cancel each other out. For example, you can have Adee grow bigger and bigger on the screen the more Size Up power-up scoops you grab. The minute you grab a different power-up, Adee will go back to normal size. Scoops that can cancel out other scoops are the cherry scoop, the fish scoop, the strawberry bomb, the force field, and the extra life.

The effects of the power-ups are limited in time. For example, Adee can have a Force Field that will surround Adee for a total of 5 seconds. There's also a Strawberry Bomb that can clear the screen of all scoops for a short period of time. In addition, nearly all power-ups have a certain amount of time until the effect is not active anymore.


Strategies
Positioning is key
In the older version of IceCream Machine, positioning Adee in the middle of the screen is ideal. The same goes with the updated version, too. Statistically, there are less scoops being shot down from the middle than there are on the sides. You'll be able to dodge faster, and even grab power-ups from the sides faster, if you position Adee in the middle. 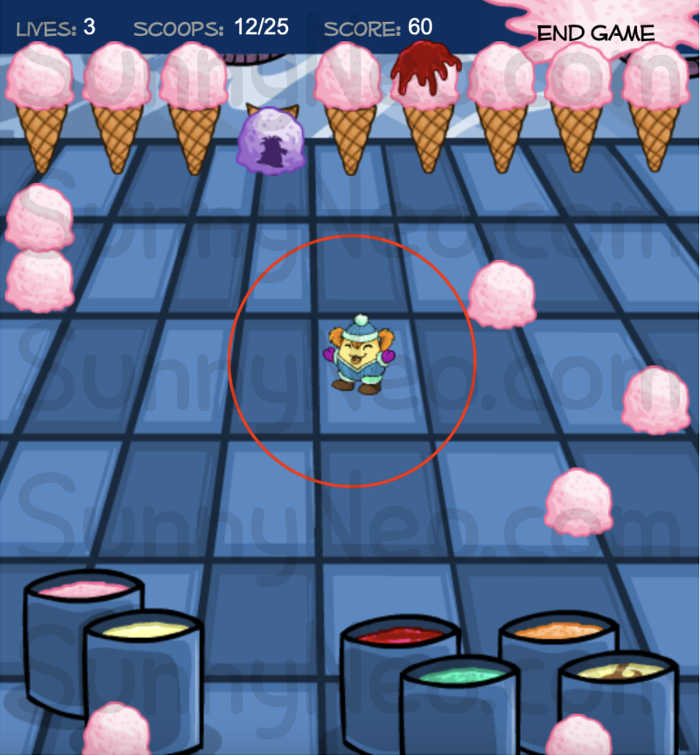 Choose your Power-Ups wisely
It can be exciting to grab all the power-ups that you see, however, there are some that could be harmful to your gameplay: In a pinch, jump an inch
As you have Adee dodge the ice cream scoops, there is a chance to be stuck in a corner. If this happens, there is a way for her to jump from the corner towards the middle of the screen. Move your mouse curser out of the game screen and bring it back at another point of the screen. You'll find Adee jump from the corner to wherever you moved your mouse curser. Warning: this does not work all of the time.


Trophies:
Just like all games, there are trophies that you can earn depending on your high score!

There was an old game code 'strawberryvanillachocolate' which gave you an extra life when typed before the start of a level. One use per game.