SunnyNeo Staff Tournament - Week 1 Results
Posted by jujipup on 8th of June 2016 at 01:11 AM NST
The results are in for Week 1 of the SunnyNeo's AC XI Staff Tournament.  There must be something in the name 'heroes' that gets the team playing, as Team Home Town Heroes takes 1st place this week.  They actually placed 1st in all side games, and only gave away Yooyuball to all other teams, coming in 5th on the main event.  Can they prove they have what it takes to play Yooyuball, too?  Second place is taken by Team: The Best.  The Best managed to place 2nd in YooyuBall and Slushie Slinger.  They took 3rd in Shootout Showdown, and 4th in Make Some Noise.  Though they came in strongly second, can they prove they can take a first place in a game, or even a whole week?  It appears our two spookier themed teams are rivaling and fighting for who is 3rd and 4th.  Team Haunted Path and Team Mad Scientists both averaged at a 3rd place.  To break it down, Haunted Path took  2nd in Shootout Showdown, 3rd in Yooyuball and Make Some Noise, and 4th in Slushie Slinger.  Mad Scientists placed 2nd in Yooyuball and Slushie Slinger, 3rd in Shootout Showdown, and 4th in Make Some Noise.  Which one of these teams will take down the other in this coming week?  Pulling in at the end of the line is Team Aurora.  They managed a 3rd place win at Slushie Slinger, and 4th in Yooyuball but placed 5th in the two games Make Some Noise and Shootout Showdown which brought their average place to the bottom of the lineup.  Can Team Aurora prove they aren't meant for last place?

Which team are you rooting for??

Just another note to be sure to enter our Altador Cup XI Customisation Spotlight.  We're excited to see new combinations with all the latest items that have come to Neopia.  We want to see how your Neopets' show their spirit for the team they are supporting.  Submit your pet today!!  Two winners a team NP Only and NC Included.  Paint Brush clothing okay in either category. 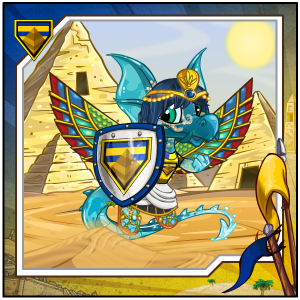